It is getting every day more evident that the bitcoin presents many limitations as a means of payment. Limitations on the size of the blocks (1MB maximum) and the speed of adding blocks to the blockchain (one every 10 minutes), which generates another limitation that the high costs attached to transactions and make the bitcoin a very poor competitor with regard to other means of payments. This could change with the emergence of the Lightning Network.

What is the Lightning Network?

The Lightning Network is a protocol which goal is to enable the bitcoin to extend its network by accelerating the speed of the transactions. This Protocol now applies to the whole of the blockchains and allows millions of transactions per second with extremely low fees.

The technology used by the lighting network is the so-called “channels of payments”. “Micropayments Channels” is a technology that allows you to gather several small transactions in the same transaction in order to limit the costs and not have to wait for the confirmation of each transaction.

Each party must therefore first create together a channel by issuing a transaction that they must all sign using their private key (i.e a multisig transaction). The transaction will not be broadcasted on the network and will have the vocation to block a certain sum of money.

The Lightning Network proposes a bidirectional channel, which means that both parties can make payments through the same channel. The two parties may, therefore, block a sum of money in the multisig transaction and perform transactions through this channel.

The Lightning Network also organizes the networking of these different channels in order to make payments by interposed persons. To do this, the software will perform a series of steps that will allow Alice to transfer funds to Carol by the intermediary of Bob.

How does the lightning network actually work?

Let’s imagine that Carol wishes to transfer a bitcoin to Alice, but has no direct channel with her. The payment will, therefore, go through an intermediary, “Bob” who has an open channel with both Carol and Alice.

The steps of a transaction conducted through the lightning network are the following:

1- Alice requests Carol to create a value (for example a mixture of digit and letter), and to transfer the hash as well as her bitcoin address.

2- Alice transmits the hash to Bob and tells him that she would send him a bitcoin if he shows the value that he has received from Carol proving that it has transmitted a bitcoin to Carol.

3- Bob receives the value (which checks the hash) from Carol and transmits her a bitcoin in return.

4- Bob passes the value that he has received from Carol to Alice thus proving that it has transferred the bitcoin to Carol. Alice can, therefore, send him to turn a bitcoin safely.

As we see Alice uses the channel that Bob has put in place with Carol to transfer a bitcoin. Obviously, this scenario works with several intermediaries.

But as you may be wondering, what would happen if Alice changed her mind and decided to no longer transfer the bitcoin once she has received the value from Bob and that the latter has forwarded the bitcoin to Carol (step 4 above)? 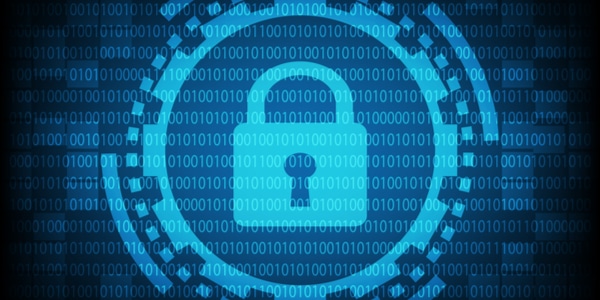 1- Alice sends the bitcoin that she wants to transfer to Carol, toward a third-party address, which requires the signature of both parties to be unlocked (multisig address).

2- Bob can recover funds by sending them to an address he controls at any time by adding his signature and the value that has been transmitted by Alice.

3- Alice can also send the funds to an address that she controls but only after a certain period (” Time-Lock”).

This mechanism is then used at network level. Alice and Bob have also put in place a hash Time-Locked Contract. In our example below, Bob receives the value of Alice before transferring the bitcoin. The two channels are linked so if Alice does not want to transfer the bitcoin, Bob will be able to insert the value that it has received from Carol in the Hash Time-Locked contract in place with Alice and thus be certain to recover it.

The Lightning Network, therefore, represents an important step for the development of the network bitcoin and can be a solution for networks of communication between machines that are presently developing.

The Lightning Network seems to have been chosen as the solution to the problems of the bitcoin since it proposes a very promising architecture.

As we just described it allows the creation of channels in which users can perform as many transactions as they wish without having to add them to the blockchain each time but at the same time, benefiting from the security of a decentralized network. In other words, the operations are confirmed instantly and the costs are distributed between all the transactions carried out in the channel when it is closed and the last transaction (which is the result of the netting for what the parties owe each other) is added to the blockchain.

The only problem lies in the fact that the channels are only defined between two persons. In order to reach a person with whom you do not share a channel, you will need to use intermediate nodes or “hubs” (Bob in our example). However, these nodes could be considered by the regulatory agencies as “money transmitters” and as such be subject to requirements such as the minimum capitalization, KYC checks (…) which cannot be filled by anyone.

If this was the case, each node serving as an intermediary should be able to carry out checks on the origin of the funds, which implies the establishment of important system and could therefore not be carried out by financial institutions.

This is where banks and large companies such as the credit card companies could enter the game and begin to manage the bitcoin network, but only the future will confirm this scenario.