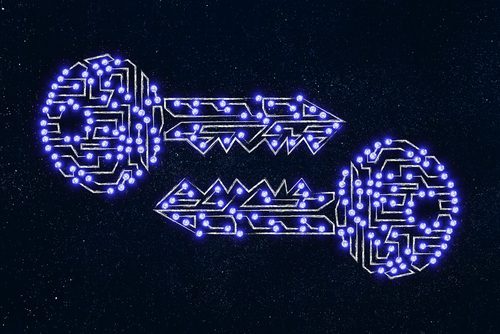 The main difficulty in a decentralised network is to make all the membres agree on the validity and the order of the transactions realised among these members.

The purpose of the conensus systems is precisely to solve these issues. Since the creation of Bitcoin and its Proof of Work system, several other mechanisms have been imagined to introduce speed, scalability and “democracy” in members conensus.

The issue of a system that rely on a POW consensus method is that it inevitably leads to a CPU race, because the difficulty of adding blocks to the blockchain is proportional to the number of Miners acting  on the network. In other words, the more active miners, the more difficult it is to add blocks to the blockchain. So only the miners who are able to increase the calculation capacity of their computers can expect to remain in the race of mining block and obtain the reward that will allow them to finance their material. This is the reason why the Bitcoin blockchain is only mined by minning farms or huge mining pools and the consequence is that most of the CPU and the hashing power (i.e the power to mine blocks) remains in the hand of a small group of persons. This concentration constitutes a risk of collusion which could lead to an attack of the 51%.

With the Proof of Stake consensus system, each person who detain a token of the given cryptocurrency, can participate to the “mintage” process (with POS we talk about “mintage” and not “minage”) and be rewarded for adding blocks to the blockchain. In practice, only the members who detain the most token are likely to add block which also involves a risk of concentration of the mintage power among few participants. The rational behind POS is that the persons who have an important amount of token should be involved in priority in the mintage process because their interest is that the consensus works perfectly as otherwise the price of the tokens will fall.

You can follow this link to learn more about the differences between Proof of Work and Proof of Stake.

The Delegate Proof of Stake system intend to solve these concentration issue while ensure high speed and scalability of the network. Indeed, detaining some tokens of a network using DPOS only gives you the right to vote for the Delegates (101 in the initial version of the system) who have the mission of validating the blocks and adding them to the blockchain. They are the miners of the network.

Let’s take an example to better understand the functioning of DPOS. If the network using DPOS as consensus methodology was a democracy, each members of the network who detain a token (a shareholder) would be a citizen with a voting right. Each citizen votes for a list of representatives (the Delegates) who are in charge of the good functioning of the democracy (validation and addition of the blocks to the blockchain).

In the last version of the protocol developed by Bitshares (Bitshares 2.0), several improvements have been added to the DPOS system. A new class of Delegates has been created, the “Witnesses” who are in charge of the tasks initially dedicated to the Delegates, i.e validate and mint the blocks. The Delegates still exist but their role is now to look after the protocol of the network and make the updates that are requested.

So in our crypto-democracy, the citizens would elect the Delegates whose mission is to create the laws of the society (the code of the protocol). The mayors (the Witness) who are also elected would implement these rules and make sure that they are respected (validation of the blocks and mintage).

It is important to clarify that even if the Delegates have the hand on changes that need to be done to the protocol, the shareholders of the network still have the final work. So in the marvelous world of crypto-democracy, the MPs always submit their work to the referendum of the shareholders.

THE ELECTION: each member of the network can vote for Delegates who will take care of the consensus, but the more stake you have in the network the more important your influence will be

The election system allows the shareholders to keep control on the Delegates that are elected while ensuring that all power is not entirely concentrated in the hand of few.

In practice, if you detain 10 tokens, you can vote for the 101 delegates and witnesses with a weight of 10 token for each of your votes. As for the Proof of Stake system, the more token you detain, the more power you have on the network. The only difference is that with Delegated Proof of Stake, you the power you have is on the election so it is indirectly on the network.

Now, if you own one million tokens for instance, the delegates you will have chosen will have a huge support and are very likely to be elected. The possibility for the most important token owners to abuse of their position and dictate the delegates what they have to do is a reality. According to the creators of the DPOS, such attack is not imaginable since the important token owner would have too much to lose.

In any case, this is the reason why some systems like Ark have decided to adapt the DPOS system by reducing the number of Delegates to 51 and grant a declining vote.

In other words, the shareholder with one million token will have to spread this million among all Delegates which reduces immensely its power on the election.

In traditional DPOS, all the Delegates are added on a list. All of them are technically equipped to review the transactions, create blocks and them to the blockchain. They are selected in accordance with the number of vote that they have gathered. Only the first 101 Delegates are selected. This is reason why most of the delegates are campaigning to obtain the vote of the shareholders.

They will for instance convince the shareholders that they have all the technical ability to complete the minting process without any issue. Somme will also propose to retain only a percentage of the reward and give the rest to the shareholders. They would do this by burning (i.e eliminating) a certain amount of the tokens they have received as a reward for the minting of the blocks.  By reducing the number of tokens available on the network, these Delegates would normally increase the value of all other tokens still circulating and this way reverse a dividend to the shareholders.

It is finally important to note that the vote will be done automatically by the client you have chosen except if you decide to do it yourself. In this case you can vote for or against Delegates. Negative votes are a very good way to remove Delegates who do not behave well from the list of Delegates. If a Delegates is not in the first 200 on the list, it will be possible to replace him.

THE CONSENSUS is also inovative in that it grant each Delegates a slot during which he must add its block.

Each of the selected delegates is assigned a time slot for 3 seconds during which he must add a block to the blockchain.

It is considered that up to 1/3 of delegates can be malicious since if for each block added by a minority on a concurrent chain two other will be added to the main chain. The blocks are added according to the same principle as that of the blockchain bitcoin, i.e to the longer, it is impossible for a 1/3 or less of delegates to lead an attack against the network.

The benefits are that in delegating the validation of transactions, the participants of the network do not need to be complete nodes (“full nodes”), they have not therefore the obligation to download the entire blockchain but have yet cost and speed of transaction confirmation particularly interesting. This point is important for all members for which the mining of transactions under the POS is not cost effective due to the insufficient number of chips they have or all simply because they do not possible to maintain a computer connects 24/7.

Bitshare 2.0 proposes an updated version of the DPOS process which needs to be mentioned;

The last version of the Protocol developed by Bishare brings some interesting improvements to DPOS. A new class of delegates appears, this are the “witnesses”, who perform the tasks originally dedicated to the delegates, i.e. validate transactions and mint the blocks. The delegates them still exist, but will now manage the network and change the settings when it is necessary.

If we are resuming our example of the crypto-democracy, citizens elect Members of Parliament (Delegates) who create and keep updated the laws of democracy (the code for the Protocol). The Mayors (the “witnesses”), also elected, have the mission to ensure the practical application of the Rules (the validation of transactions and the creation of blocks). The process of the election of the witnesses and of delegates is the same as in the previous version (described above).

Thank you for reading this article. If you enjoyed it, please do not forgot to like it and share it. And if you have any questions, please do not hesitate to add them in the comments below so we can answer them!!